The Importance of Video

Due to the pandemic quarantines, live audiences have kind of been on hold for awhile. I’ve gotten very comfortable at looking at this video set up that we’ve got doing zoom recordings. Last week, I had one of my very first live presentations. It felt good to be back in front of real people, I’ll have to admit. The host of the event had a videotape running. I asked if I could have access to it. He readily agreed, and sent me the recording. I watched it. I was surprised at what I saw.

Two things stuck out. First, the decorations in the facility had a vertical line behind me, which made it very easy to see me rocking back and forth, almost nonstop. There are two reasons in my mind for why that was okay, but watching the video, sure wouldn’t have been okay to the audience. Mental note: stand still. The second thing was I had this annoying pucker when I was thinking. That’s a little bit of an exaggeration, but that’s what it felt like watching the video. Again, justifiable in my mind, but not so much in the audience’s mind.

The video told the truth. I have long been a fan of video evaluation for aspiring speakers and people that want to get better. I use Mr. Cannon, but you could use Mr. iPhone, Mr. Samsung, Mr. Nikon, or Mr. Sony, anybody that could give you an accurate representation of what’s going on. I talked to a pastor one time who had spoken for 30 years. I asked him if he’d ever watched a video, he said, oh, they videotaped me every week. I said, no, have you watched it? He admitted that he had never watched himself speak for 30 years. He didn’t come to our class. I didn’t have a chance to actually observe or coach him, but my guess would be that he’s the exact same speaker. He is today that he was 30 years ago. You don’t get better just by doing something more. You get better by working at a particular skill to improve, which is why video is a necessity for speakers.

I had the opportunity to attend a division one football practice a few years ago. This is not a school competing for a national championship, but one that wants to get better. One of the things that surprised me was the prevalence of video cameras everywhere. I counted seven different video cameras recording the practice. I asked my contact who had invited me later. “Do they watch all that video?” He said that the players, no matter their position, no matter their rank, whether they’re first string, second string, or also ran, every player watched every rep of every practice. This is in a mid tier program. I can’t imagine what they do at Alabama or Clemson. That should be our attitude to speakers. I want to get better. I’m going to watch everything critically.

There are two things that typically show up to people that see themselves on video for the first time. The first is that they are amazed that they can’t see confidence on video. They might say, oh, I was really, really nervous, but it didn’t show. The other is this internal clock. The issue of time. Pauses seem really long when you’re the speaker, but on video, they hardly seem like pauses at all. In order to convince yourself of the value of the pause, you almost have to watch video. Of course, if you’re totally content with the way that you speak now, there’s no reason to bother with video. But my guess is that by very virtue of the fact that you’re watching this, that you do care.

Let me challenge you. I can’t command you, but I would, if I could, to implement video recording and evaluation. It doesn’t do any good to record it if you don’t watch it, as part of your regular repetition to become better as a speaker. No other tool will have a greater impact on your view of yourself and what you can do to change for the benefit of your audience. 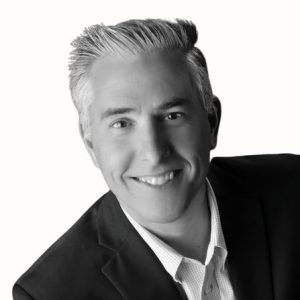 Book Alan to Speak at your next event!

As a high-stakes communications expert, Alan motivates individuals and teams to build their confidence and professionalism and trains them to seamlessly handle the unexpected in ANY communications setting.

Alan is an International Keynote Speaker, Coach, Trainer, and Author who has delivered keynotes and training workshops to thousands on the impact of powerful, persuasive communication. Alan is the Executive Director and Principal Trainer of MillsWyck Communications.  He is the author of Presentation Sin: The Practical Guide to Stop Offending (and Start Impressing) Your Audience and the co-author of Silver Goldfish: Loud & Clear: The 10 Keys to Delivering Memorable Business Presentations.

Let Alan bring excellence to the communication in your organization!